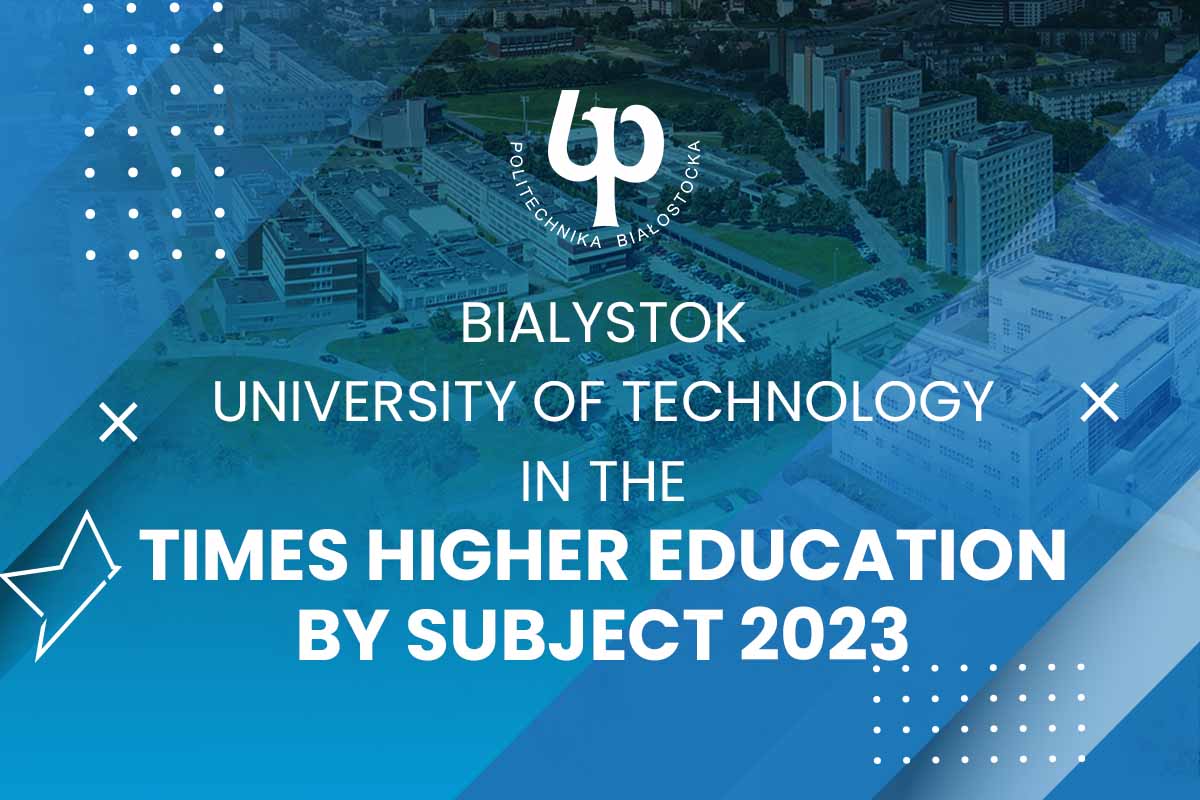 On 25 October 2022, the results of the prestigious Times Higher Education by Subject 2023 ranking were published. Bialystok University of Technology, for the first time, applied for this ranking and was ranked in three areas: Business and Economics, Computer Science and Engineering..

THE Rankings by Subject covers 11 subject areas, indicating the best universities in each area. The ranking was published with a date of 2023, as this is the advance numbering used by its publisher.

In the ranking for Business and Economics, Bialystok University of Technology ranked 601-800, which is ex aequo the third position in Poland. 870 universities were ranked in this area, including 16 from Poland. The area included three fields: Business and Management, Accounting and Finance and Economics and Econometrics. 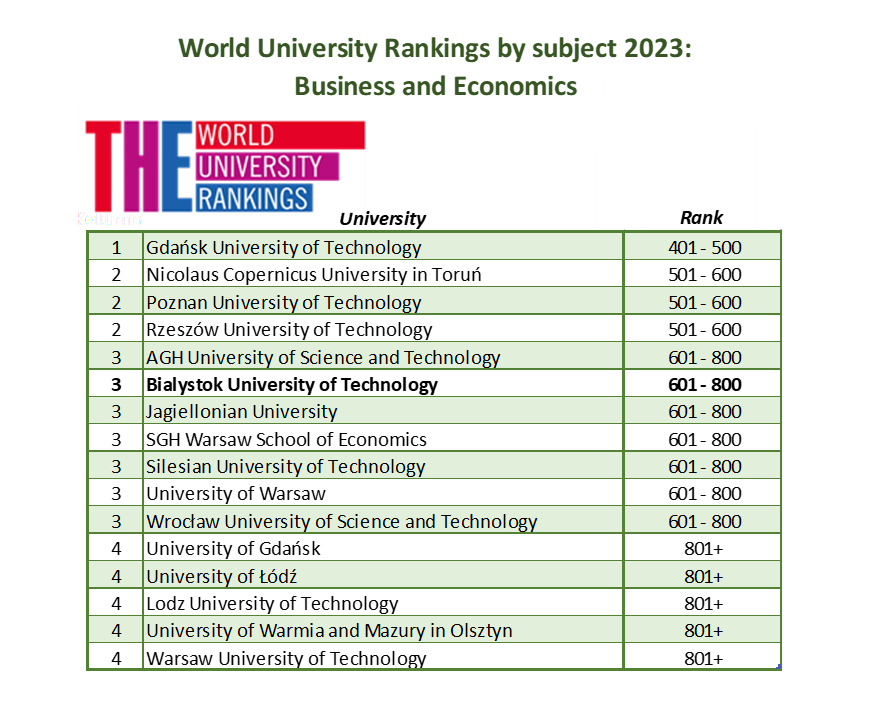 In the ranking for Computer Science, Bialystok University of Technology was ranked in the 801+ group. There were 974 universities ranked in this area, including 12 from Poland. 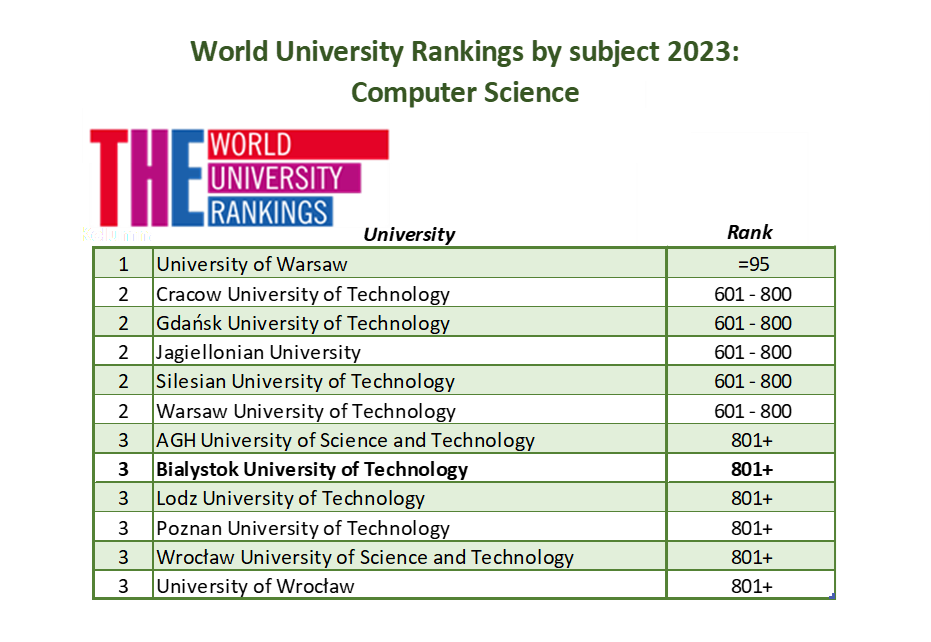 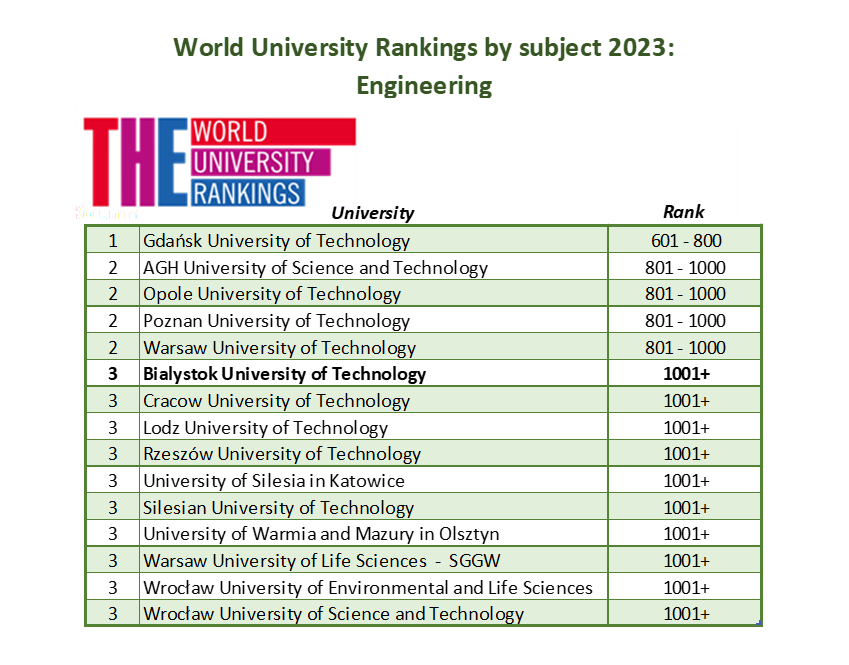 A total of 34 universities from Poland were classified in the ranking, a summary of the results of all Polish universities in each area is presented in the table. 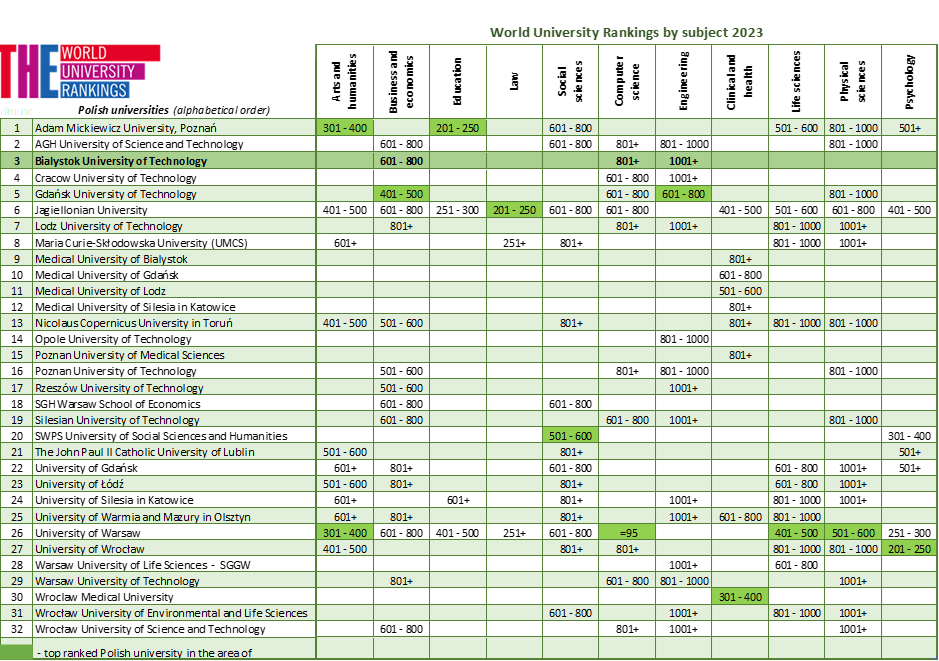 The Times Higher Education by Subject ranking was created on the basis of 13 performance indicators mapped to five areas: teaching, research, citations, international outlook and industry income. The weights assigned to each area vary. In addition, a threshold for the number of publications in each area has been set. 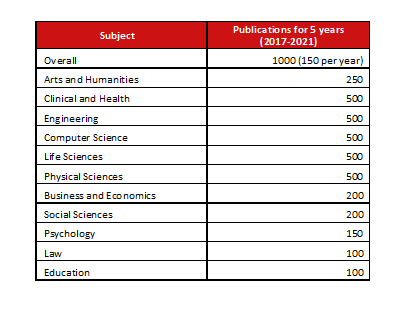 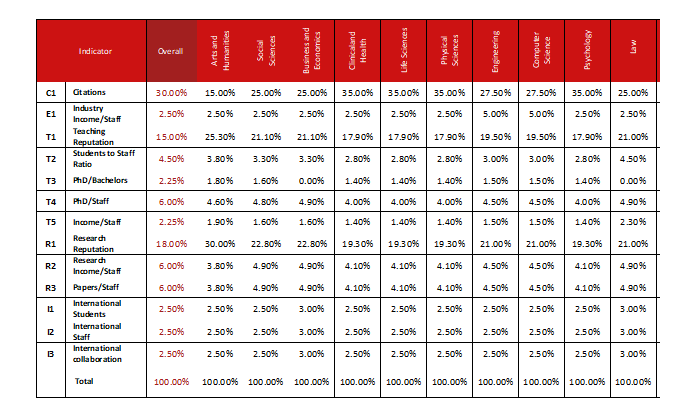 Read more on the ranking and its methodology: