11-11-2020
Below you will find the collection of the most interesting statistical facts that reveal a lot about higher education and science in Poland in 2019. The annual data was published on the website of the Central Statistical Office.
Increasing expenditure on R&D

In 2019, according to a study by the Central Statistical Office, gross domestic expenditure on research and development (R&D) activities increased by 18.1% compared to the previous year.

An increase in R&D expenditure includes the effect of reforms aimed at increasing the level of innovation in Poland.

Increase in employment in R&D activities

The Central Statistical Office (GUS) reported that the staff in research and development activities in 2019 numbered 271,004 people. It is an increase of 1.8% comparing to the previous year.

In the 2019/20 academic year, women constituted the majority of all students (57.6%) in Poland
Public universities still dominate the higher education market in Poland.

In the previous academic year, 71.6% of the total number of students studied in public universities.

The most popular field of studies in Poland is business administration

Most often students chose business and administration-related faculties (18.1% of the total number of students). Medical studies were chosen by 10.9%, social studies by 9.7%, and engineering and technical studies by 8.9% of students.

Most of the postgraduate students are women

The number of academic teachers is growing

There is an increase in university revenues

One of the effects of the reform of higher education is giving the universities greater independence in the administration of funds received from the state budget.

The main source of revenues from the basic operational activity of public universities was the subsidy for the maintenance of teaching and research potential (69.4%). In non-public universities, these revenues came mainly from fees for educational services (75.0%). 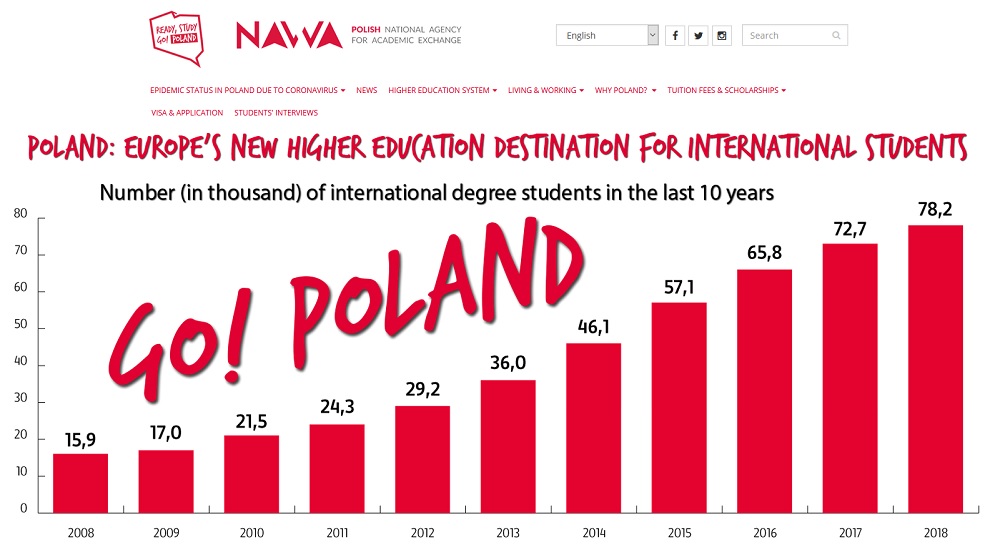